You are here: Home » Winds » Bagpipes 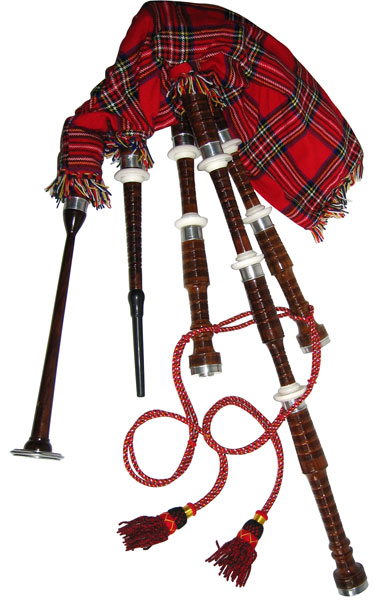 Bagpipes, also called Dudelsack, were most likely invented about 4000 years ago in the Middle East, and were likely brought to Europe by the Romans. Although we associate the remarkable sound of Bagpipes with Scotland or Ireland, this instrument is also played traditionally in many parts of Eurasia. According to the area, the construction and sound vary. Bagpipes belong to the family of reed instruments. They have one or more playing pipes and one or more drone pipes that produce a lasting tone. A tight air bag of leather or synthetic material supplies all the pipes with air. The player blows it up with the help of a blowing pipe or bellows. The supply of air in the bag enables the sound to last independently from the player’s breathing.