You are here: Home » Children » Harp 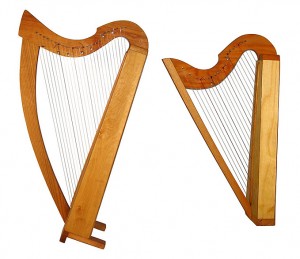 The harp is one of the oldest musical instruments known to mankind, and has been included in innumerable myths and probably originally came from the Mediterranean region, spreading out from there into Europe, Asia, and Africa. It is generally tuned in a simple major scale, often starting with F or C, and many models include levers, which can be used to change the key of the instrument. They come in a wide range of sizes, from tiny lap harps to master harps, which can be almost as large as the musician. The harp is also often used for sound therapy because of its soothing and resonant sound.