You are here: Home » Children » Triangles 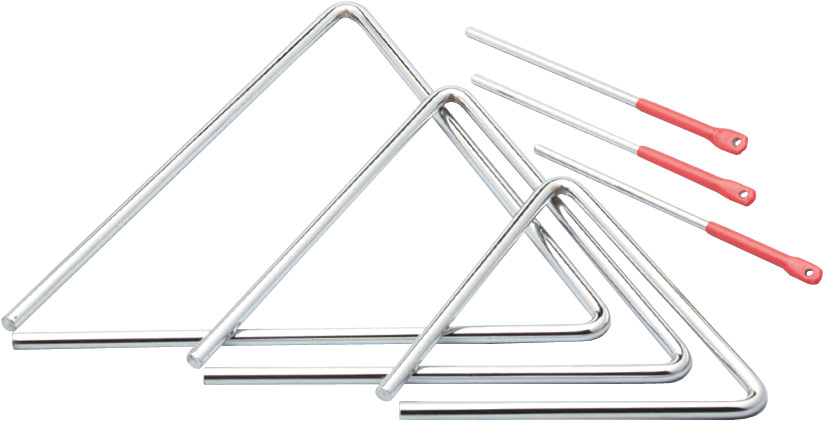 The triangle is an idiophone type of musical instrument in the percussion family. It is a bar of metal, usually steel but sometimes other metals such as beryllium copper, bent into a triangle shape. One of the angles is left open, with the ends of the bar not quite touching. The instrument is usually held by a loop of some form of thread or wire at the top curve. It is usually struck with a metal beater, giving a high-pitched, ringing tone. It is generally though that the triangle was first made around the 16th century and that early triangles had jingling rings along the lower side.