You are here: Home » Strings » Balalika 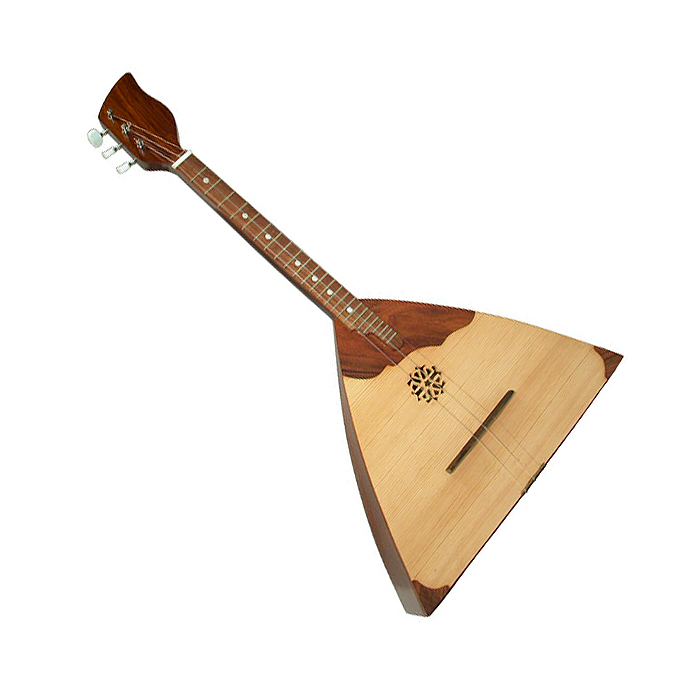 The balalaika is a Russian instrument theorized to have been developed from certain Central Asian instruments. The first recorded mention of it is in a police file from the 17th century, and early illustrations from the 17th and 18th century portray it with anywhere from two to six strings. Nowadays, it generally has 3 strings, and comes in a variety of sizes – prima (played on the lap with the fingers), secunda, alto (both also played on the lap, but with a plectrum), bass, and contrabass (which are equipped with leather legs that rest on the floor and played with a leather plectrum).