You are here: Home » Strings » Semsemia 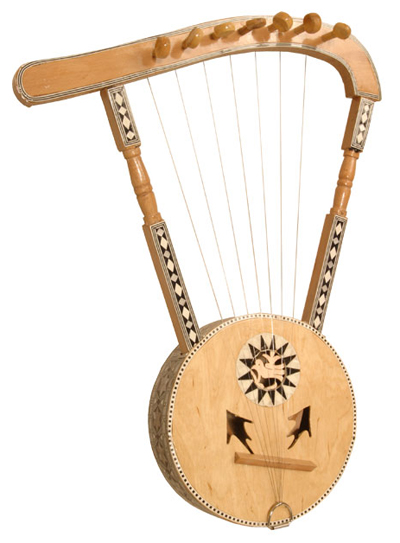 The Semsemia (also spelt Simsimiyya) is a plucked lyre from the Middle Eastern countries of Egypt, Jordan and Yemen. Traditionaliy played by the Bedouin eople as a social instrument, in Egypt the Semsemia is used to accompany song and dance and is known to be particularly synonymous with the cities of Port Said and Ismaïlia. Varying in size and tuned to suit the vocal range of the player, Semsemia have steel strings, a movable bridge and are adorned with decorative inlay.