You are here: Home » Strings » Berimbau 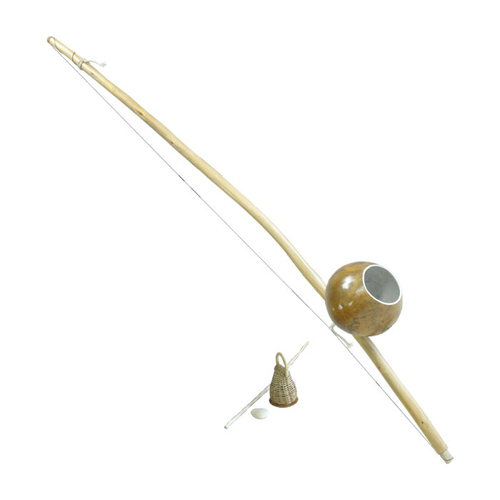 The berimbau is a single-string Brazilian percussion instrument, a musical bow made from the biriba tree. Its origin is generally accepted as being Africa, as very similar instruments are played in parts of southern Africa. The berimbau was eventually incorporated into the practice of the Afro-Brazilian martial art capoeira, where it commands how the capoeiristas (capoeira practitioners) move in the roda (circle). The berimbau consists of a wooden bow, about 4 to 5 feet long (1.2 to 1.5 metres), with a steel string tightly strung and secured from one end of the bow to the other. A gourd acts as a resonator. There as three main sounds; one with the stone against the wire, another with the stone partially against the wire, and a third with the stone completely off the wire. It has a wonderful sound that invokes a feeling of rhythm, trance and depth.