You are here: Home » Strings » Kinnor 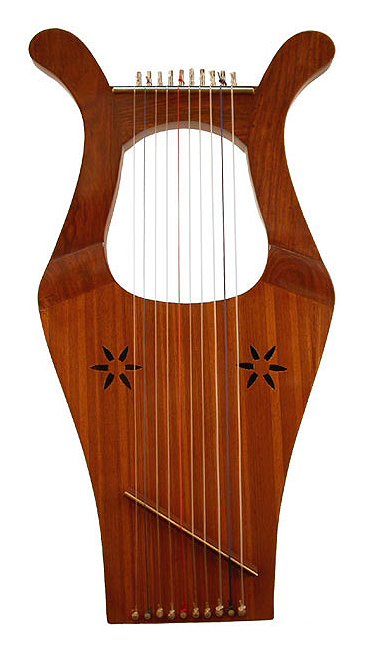 Kinnor is the hebrew name for an ancient Israelite lyre mentioned in the Bible and commonly translated as 'harp'. Although uncertain, historians of musical instruments say it is similar to the Greek cithara, which was in use among the Semitic peoples. A symbolic representation of the kinnor appears on ancient Hebrew coins. The kinnor has been called the national instrument of Israel and in modern Hebrew, the word kinnor refers to a violin.