You are here: Home » Strings » Gopichand 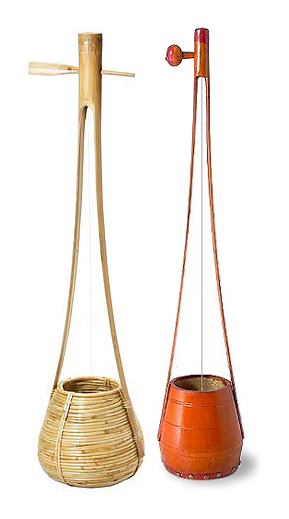 The gopichand is commonly used in Kirtan chanting, which is a Hindu devotional practice of singing the divine names and mantras in an ecstatic call and response format. Thus it is used by Sadhus, or wandering holy men. The gopichand is the most ancient form of stringed instrument found in the Eastern parts of India, the instrument family being scattered all over the country. Though it has a humble tribal beginnings, it has been associated with and popularized by the ascetic and minstrel tradition of songs in Bengal. It is made in three different sizes, and is played by applying pressure to sides and plucking the string.