You are here: Home » Drums » Djembe 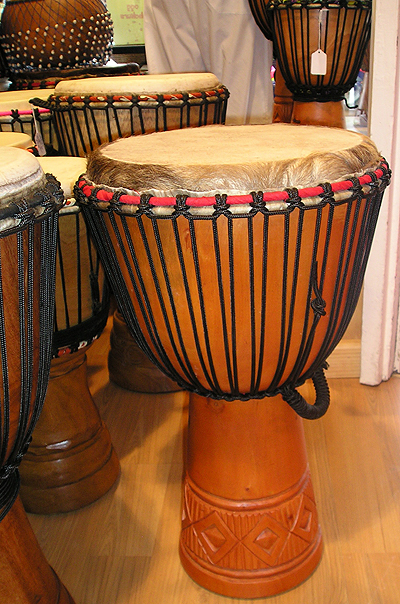 The djembe is probably the most well-known African drum. It was originally used by the Maninke people of western Africa, where it is played at a vast number of social gatherings, such as marriages, funerals, and as an accompaniment to story tellers. They are traditionally carved out of a single piece of hardwood, and have a animal hide head affixed to the body with a sophisticated strap system for tuning. Modern djembes are also made from plastic, and modern models sometimes used a lug nut tuning system rather than the traditional string tuning system. It is also generally recommended as one of the easiest drums to start hand drumming on, and it’s versatile tone makes it very satisfying to play.