You are here: Home » Drums » Pakhawaj

The pakhawaj (also known as Mardal, Pakhavaj, Pakuaj, Pakhvaj, Pakavaj or Mardala) is an Indian barrel-shaped two-headed drum. The North Indian equivalent to the Southern mridanga, it also has many similarities to the dholak. It is the standard percussion instrument in the dhrupad style and is widely used as an accompaniment for various forms of Indian music and dance. The pakhawaj has a low and mellow tone that is rich in harmonics. Laid horizontally on a cushion in front of the drummer's crossed legs, the larger bass-skin is played with the left hand and the treble skin by the right hand. 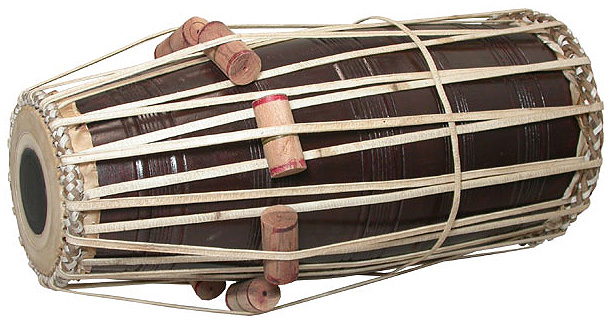