You are here: Home » Drums » Tabla 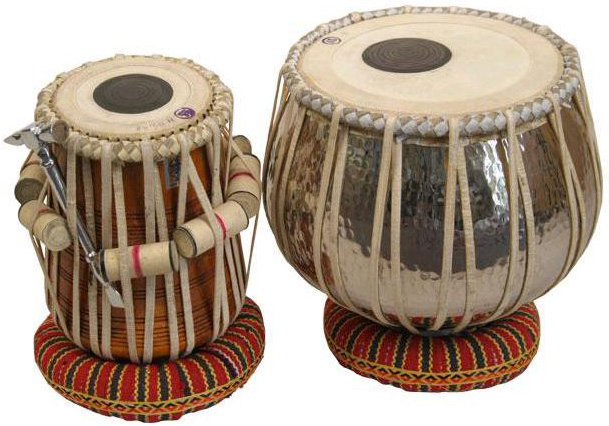 The tabla is a popular Indian percussion instrument used in Hindustani classical music and in popular and devotional music of the Indian subcontinent. The instrument consists of a pair of hand drums of contrasting yet complimentary sizes and timbres. The term tabla is derived from an Arabic word tabl which simply means drum. Playing technique involves extensive use of the fingers and palms in various configurations to create a wide variety of sounds and rhythms. The heel of the hand is used to apply pressure or in a sliding motion on the larger drum so that the pitch is changed as the sound diminishes.

The history of the tabla has been the subject of sometimes heated debate. It is most likely that the tabla is a hybrid resulting from the experiments with existing drums such as pakhawal, dholak, and naqqara. A common legend credits the 13th century Indian poet Amir Khusrau as the inventor when he split a mridangainto two parts.