You are here: Home » Drums » Dholak 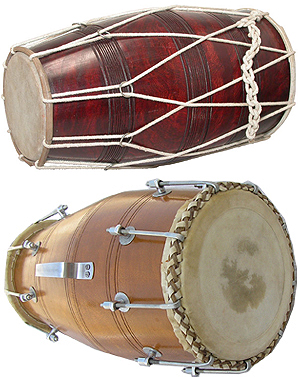 The dholak is a very popular folk drum of northern India that is also found in Pakistan and Nepal. It is barrel shaped with a degree of tapering at each end. It has a simple membrane on the right end and a single membrane with a special application (a mixture of tar, clay and sand known as dholak masala) on the inner surface of the left end which lowers the pitch and provides a well defined tone.

There are two ways of tightening the drum heads of the dholak. Some models are laced with rope and a series of metal rings are used to adjust the instrument. On other versions metal turnbuckles allow the same effect. The dholak is either played on the player's lap or, while standing, slung from the shoulder or waist or pressed down with one knee while sitting on the floor.