The zarb (also known as tonbak, tombak, donbak or dombak) is a goblet drum that originated during the Persian empire (ancient Iran/Iraq). It is considered the principal percussion instrument of Persian music. The Persian frame drum, known as the Daf, was for many centuries the favoured drum of the Persian court while the zarb was played by peasants. It is sometimes referred to as the Persian doumbek due to its origins and chalice shape, which is similar to that of the doumbek.

The zarb is made with a brass or wooden body and the drum head is typically made from sheep or goats skin. The zarb is normally positioned diagonally across the lap of the player who uses one or more fingers and/or the palms of the hands on the drumhead. Often (for a ringing timbre) the musician will play near the drumhead's edge and some players wear metal finger rings in order to get an accentuated 'click' on the drum's shell. 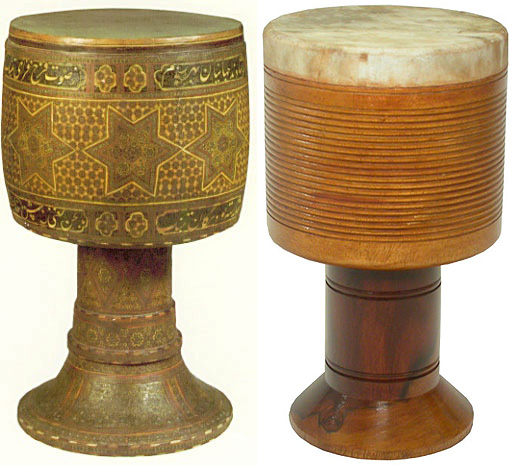