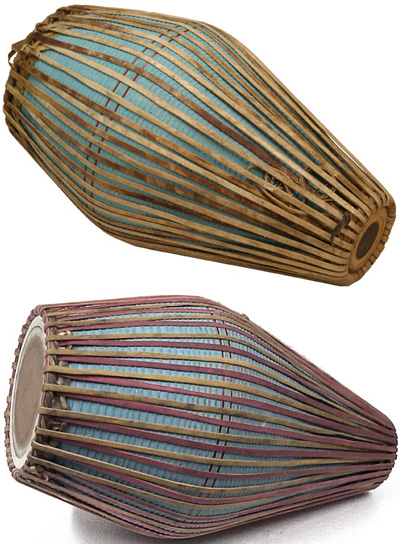 The khol is actually a clay mridanga – a two-sided drum used in northern and eastern India as accompaniment to devotional, folk and Indian semi-classical music. The khol's origins are generally considered to be the area of West Bengal, India. One end of the khol is much smaller than the other in order to give variation to the sound, and both ends are traditionally covered with cow or goat skin. The heads are tensioned with leather straps and the instrument is played with the palms and fingers of both hands. As the popularity of the khol grew in the West, many variations resulted using non-traditional materials for the body, such as metal and fibreglass, and synthetic skins for the drum heads.