You are here: Home » Drums » Djun-Djun 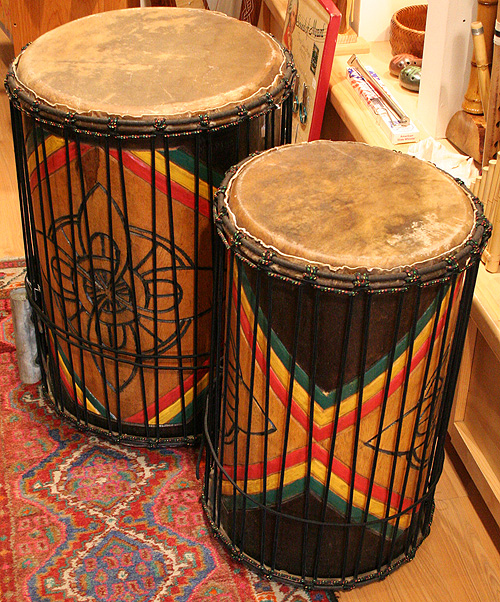 The talking drum, dundun, or djun-djun is a set of three drums that originated in the West African empire of Mali. The three drums that make up a djun-djun set are the dundoumba (literally meaning 'big djun-djun'), which has the lowest tone and is the largest of the three. Next is the mid-tone, medium-sized sangban and the third and smallest high-toned kenkeni. Djun-djun also provide the rhythmic foundation for the djembe and are often mounted with bells that are played in conjunction with the drum. Each djun-djun is constructed from the hollowed out base of a tree and then covered on both ends with cow or goat skin that is held in place and tensioned by rope. There are wide variations on how the djun-djun is played throughout West Africa.