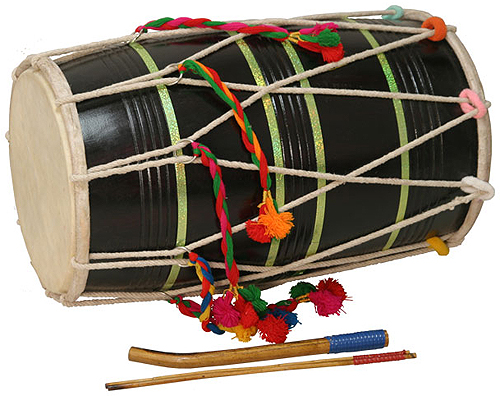 The dhol is a drum widely used throughout India but is especially popular in the Punjab region and particularly so among the Sikhs of East Punjab. It was used in war by the Sikhs and later to celebrate successful harvests. The dhol is most commonly associated with Punjabi music and dance and has remained very popular in modern Punjabi music. The dhol dates back to the 15th century and was probably introduced to the Indian subcontinent as the Persian dohol (duhul) which is described as being used in the orchestra of the Mughal emperor Akbar. The Indo-Aryan word 'dhol' appears in print in the early nineteenth. From northern India the dhol spread to other parts of the Indian subcontinent.