The native inhabitants of Africa (in this case, Nigeria) discovered once upon a time that their storage jugs produced interesting sounds. The Udu (pronounced Oodoo) was born of this discovery and refined into its modern form. Nowadays it was played in ceremonies and for dancing. But clay jugs are used for music in other countries, too. A famous example is the Ghatam from India.

The udu has a side hole which creates a deep reverberating note when struck with the flat palm of the hand. The entire body of the udu can also be played using the fingers. Several variations of the udu have evolved over the years which includes the Utar, the Kim-Kim and the Zarbang-Udu. The udu is an instrument that can add a unique and melodic aspect to the percussion aspect of any ensemble and is easily adapted to most genre of music. 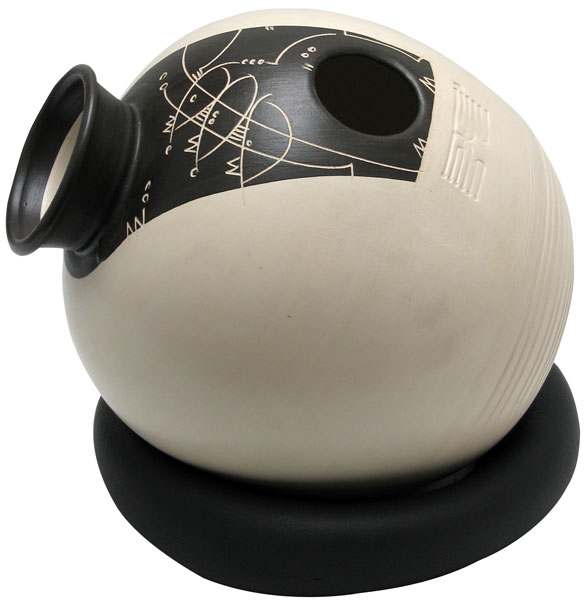